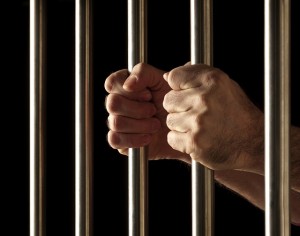 Personal bankruptcy lawyers in Massachusetts are entrusted with their clients’ personal information and access to their financial assets.  Some attorneys also have clients’ monies in their Massachusetts IOLTA (Interest On Lawyers Trust Account) accounts.  We must have the absolute highest integrity when working for our clients in this capacity.  We have a fiduciary responsibility.

An attorney in New Haven, Connecticut provides an example of what can happen when an attorney fails to live up to this standard.  Attorney Paul Ressler, who represented many local folks there, recently was sentenced to five years in federal prison for stealing millions of dollars from over 100 of his own clients.  He was also ordered to pay restitution to clients.

Apparently, Ressler took significant monies from dozens of clients and simply converted it to his own use to buy things such as luxury condos and boats.  For example, he took monies to hold in escrow for a financial transaction for his client and failed to return it; he took monies to work out a settlement with the IRS and failed to do so; he took monies to resolve a debt and converted the money for his own use.  He took money from an elderly couple to refinance their home and failed to return it, resulting in a sad breakdown for the family.  The federal prosecutors characterized the attorney’s behavior as a Ponzi scheme.  At some point in time, the Bankruptcy Court requested to review his clients’ accounting…and the scheme unraveled.

An attorney was appointed to represent the clients’ who were victimized in the scheme.  After he reviewed the files, Attorney Vincent Marino wrote the following to the federal prosecutor: “There are few words to describe the magnitude of the damage caused by Mr. Ressler’s illegalities to the victims, the creditors of the victims, and the bankruptcy court.”  The damage to the clients, and the extent of the fraud (hundreds of thousands of dollars), was extensive.  The work Attorney Marino had to do to determine the vast web of lies and deception must have also been extensive.  Perhaps more importantly, stealing money from these clients, at their most vulnerable point in life, may have caused considerable distress to a multitude of families.

Can Illegal Profits Be Discharged in Bankruptcy?

No.  In the Ressler case, his Court ordered restitution cannot be discharged with a filing for bankruptcy protection; the debt is not dischargable.  The Court will likely take any of the assets they can find, sell them at appropriate auction, and use the monies to pay the victims.  Usually in cases such as this there are insufficient assets to compensate the victims.  Here, there are over 100 victims.  We don’t know how, or if, the victims will be compensated.  However, Mr. Ressler will not be able to file for personal bankruptcy and discharge his obligations under the Federal Criminal Court’s restitution order.

Ressler may, however, be able to discharge other debts in personal bankruptcy.  For example, he may have run up credit card debt, or be underwater on his home mortgage.  Further, he may have attorney fees that he could discharge in bankruptcy.