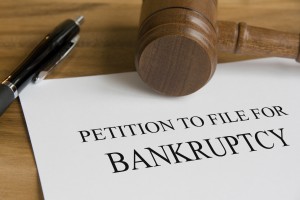 How far can an attorney go in seeking relief for his or her client?  Can he draft and file misleading pleadings and argue the wrong law before the Bankruptcy (or any) Court?  Twice?

The Bankruptcy Court Rules Against A Deceptive Attorney

In a ruling by the First Circuit Court of Appeals, entitled Baker v. Harrington (In Re Hoover), the Court said to an experienced Massachusetts Bankruptcy Attorney that it is not acceptable to mislead the Bankruptcy Court.  And the fact that the attorney here undertook the deception twice in the same case was actionable with a sanction.  Often, the Bankruptcy Court must “act quickly [as in this case because of a “stay”], and should be able to assume that counsel are truthful.”

In a business bankruptcy matter, representing debtor John Hoover, the attorney at issue filed offending motions twice before the Bankruptcy Court.  First, the attorney incorrectly cited the law, stating that a creditor bank had violated the “automatic stay” entitled by the debtor.  The Court determined that the attorney misstated the law in order to confuse the court stating that the law was what it indeed was not.  In addition, the lawyer asked the Court to sanction the creditor bank when, in fact, they had not broken any law.  In fact, the Court gave the attorney a chance to rectify the situation by asking for a brief to explain the law he misquoted.  The attorney responded stating that the Court took the quote “out of context” however offered no correct context from which the Court to review it.

Does the Punishment Fit the Crime?

The Bankruptcy Court held, and the First Circuit Court of Appeals upheld, a sanction of the attorney requiring him to attend a legal ethics class back at an accredited law school.  The sanction was based in part because the Court found that on three (3) prior occasions the attorney had been found to have violated the trust of the Bankruptcy Court and been sanctioned – for “asserting frivolous defenses” and for “advancing arguments contrary to express statutory provisions” and for filing a “meritless motion” for sanctions.

So was this sufficient?  The Bankruptcy Court, after listening to counsel and looking at his record made this requirement…and the Court of Appeals found it to be reasonable.  While some may think it did not go far enough, and some may say it went too far, it’s hard to judge and, again, why argue with a Bankruptcy Court Judge and an Appellate Panel of judges?  Especially after so many findings of misbehavior.

Bankruptcy and Hiring a Competent Attorney

We represent people who need a “fresh start” under the law.  And we will do anything, LEGAL, to get a discharge for our clients.  We never find a need to mislead the Court as the law is favorable to debtors who comply with the requirements of the Chapter 7 personal bankruptcy Petition and Schedules.  So call 617-227-7423 for a free consultation.