The Right-to-Repair campaign that was supposedly settled back in 2013 has come to the forefront again and is on the November ballot for Massachusetts residents as Question 1. In 2013, the voters overwhelmingly passed a state law allowing owners and independent auto repair shops to have access to a vehicle’s computer information data. That law lacked teeth, however, since a provision in the measure excluded access to telematics, which is repair and diagnostic data that is sent to the auto dealer. This is information that the aftermarket repair shops contend will make them competitive with the dealers. Without it, they argue, they will be limited in what repairs they can make and will lose business and ultimately cause independent repair shops to close down. 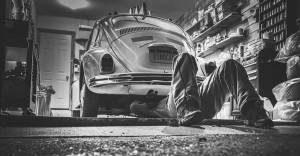 Should Question 1 pass, then these repair shops would have access to the telematics data for either a permanent or a limited time so as to implement needed repairs. Depending on what version is passed, auto owners will be permitted to allow repair shops a limited time to have such access. Some of the data includes driver behavior and other personal data such as information from dashboard cameras and data from cellphones as well as mechanical and systems data.

The car companies have poured millions in the campaign to defeat Question 1, raising the arguments that  hackers will gain access to private data and have the opportunity to wreak havoc in automobile systems. One ad paid for car companies showed a motorist being stalked by a hacker who gained access to the individual’s identifying data. Proponents of the bill stated that these concerns were misplaced and exaggerated, and that only mechanical data and not private information would be accessible. However, it is not clear what mechanical data encompasses.

Car owners usually would rather go to an independent repair shop since they are typically cheaper, and many owners prefer relationships with small business owners in their communities. If the car dealers and companies are able to defeat the bill, most consumers will be forced to return to the dealers for diagnostics and repairs, and to typically pay higher costs.

Still, there are privacy concerns that extend beyond cybersecurity. Car companies have access to consumer information and may use that for advertising and other purposes. Those who would like the bill passed suggest a debate or even a compromise over what data aftermarket shops can have access to and what repairs they can perform. Others have asked that there be federal regulations or guidelines so that there is uniformity among the states over what data can be shared.

There are several scenarios in how accessible data on a car’s mechanics and operating systems could impact a car accident injury claim. In some car accidents, the vehicle may have malfunctioned or had a defective part that caused the accident. Data from the telematics could reveal a faulty steering or braking system. If the car had been recently repaired but the defect not remedied, then the repair shop or dealer that was supposed to have fixed the problem might be held accountable.

Another circumstance is one where liability cannot be established since both parties in a car accident claim that the other ran a red light or unsafely entered their lane of traffic. There are telematic devices used with GPS systems that scan and monitor the road and traffic along with the driver’s conduct in the moments leading to the accident. It is possible with these systems to show where a car was located, how fast it was traveling or that it was even at a stop when the collision occurred, if the driver braked and how hard, and other internal data.

In the hands of the right car accident lawyer, your claim and your damages can be proved more easily. With telematic data, your lawyer might be able to firmly establish liability, find other culpable parties, discover that certain equipment failed to perform, and that the substantial force of the crash was enough to cause your injuries.

Damages in car accident injury claims vary greatly depending on the nature and extent of the injuries. Damages generally include:

Car accident claims may benefit from passage of the refined Right-to-Repair measure. Many auto accidents involve complex liability and damages issues, and demand the experience and resources of a car accident lawyer who has successfully handled such cases. Call us today at (617) 250-8256 for a free and comprehensive evaluation of your injury claim.